Unregulated introducers: The catalyst for carnage? By Andrew Houghton

Unregulated introducers: The catalyst for carnage? By Andrew Houghton

Depending on who you ask and where the figures come from, the public appetite for defined benefit transfers out is either on the wane or shows no signs of abating. 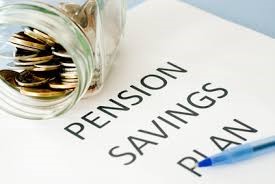 As recently as 31 May, a Freedom of Information request submitted by Money Marketing showed that the number of individuals swapping final salary benefits for defined contribution schemes fell 34 per cent in Q1 2018 to 21,482. For those who are especially interested, the full article can be read at https://www.ftadviser.com/pensions/2018/05/31/db-transfer-volumes-drop-by-more-than-a-third/. According to Money Marketing itself as of 22 June, however, Q1 saw a record volume of £10.6bn in first 3 months of the year (https://www.moneymarketing.co.uk/pension-transfers-hit-record-10-6bn-in-first-half-of-2018/).

As always, statistics and their selective use can often be made to prove any point the author desires. If the number of individuals transferring out of their scheme has reduced, yet the volume of funds has gone up, this is an indication that the average value per transfer is on the increase. Which may not be such a bad thing. A smaller number of higher value transfers could mean that advice is being targeted more at higher net worth, more sophisticated investors who are more able to afford and understand the risks involved. Or it may be an indicator of reluctance to pay the costs of advice amongst the less sophisticated with smaller pots. Either way, it appears that we may be witnessing the end of the ‘pile ‘em high, sell ‘em cheap’ supermarket sweep culture which emerged in the aftermath of pensions freedom. Which, given the starting assumption of unsuitability which the Financial Conduct Authority (FCA) plans to retain, can only be a good thing.

One aspect which has been high on the regulatory agenda in recent months has been the role played by unregulated introducers. As far back as 2016, figures showed that four cases involving unregulated introducers had been referred to the FCA’s enforcement division over the prior 12 month period. Meanwhile, in a further 54 cases, introducers were suspected of having inappropriate influence on advisors or regulated firms.

The government and the regulator have faced further calls for a crackdown on the activities of such firms in the aftermath of the British Steel scandal. In that instance, Celtic Wealth Management, a misleading title if ever there was one, was accused of providing financial advice to customers despite the fact that it was an unregulated entity. In the most extreme example, one client told Professional Adviser magazine how he was told that it was a ‘no brainer’ to ‘get the money out’ and to act now before the scheme ‘shut the gate’.

In an industry where allegations of pressure selling have been par for the course for some decades, conduct of this nature takes the meaning of the phrase to a whole new level. The risk to the public is huge given that many are not likely to have the knowledge to distinguish this kind of cowboy operation from an FCA authorised and regulated adviser. By anyone’s definition, this constitutes unauthorised regulated activity and attempting to panic a layman into making a life changing financial decision on a whim cannot be condoned. And yet, empirical evidences persists that the practice is rife, with Citizens Advice estimating that 10.9 million people have received unsolicited contact about their pension since 2015.

The matter is obviously cause for significant concern within the industry. A petition started by West Yorkshire IFA Darren Cooke to ban the practice attracted 8,690 supporters. Illustrious signatories included former pension minister Baroness Altmann, her predecessor Sir Steve Webb and Rory Percival, a former technical specialist at the FCA.

So, what are the powers that be doing about it? In a warning to IFA firms in November 2017, the FCA stated that “We have seen instance where the referral from the introducer is made with a clear investment desire expressed by the customer and documentation already completed. In accepting business from an introducer, a principal must meet its regulatory requirements as set out in our handbook”.

In a long overdue move, the government has put some urgency into introducing the proposed ban on pension cold calling. This reached the statue book as part of the Financial Guidance and Claims Act and is due to take effect imminently. However, Work & Pensions Select Committee Chairman Frank Field has already highlighted concerns over potential loopholes in the legislation, as well as how enforceable it will be practically when the call takes the form of a personal visit. As Field rightly points out, in this instance, it is not simply a case of putting the phone down or deleting the nuisance text messages. Smooth talking salespeople are often at their most effective when given a face-to-face opportunity and this type of contact usually leaves no discernible audit trail. What is more, the ‘domino’ culture which arises in many workplaces makes the risk arising from a small number of heads being turned far more pronounced.

It remains to be seen whether the new measures will be successful in curtailing the rise in pension-related misconduct. The new measures may turn out to be closing the stable door after the horse has bolted, or in worst case scenario, a flawed exercise which can be easily circumvented. Nonetheless, it is surely time for serious measures to be introduced against regulated firms or individuals who are found to be associated with such enterprises.