The Brexit clock is ticking

The Brexit clock is ticking

Soft Brexit? Hard Brexit? No deal Brexit? BRINO? (Brexit In Name Only)? If anyone had said five years ago that these terms would have passed into everyday usage, they would more than likely have been dismissed as the latest piece of teenage slang. More likely to be heard in the school sports hall than found adorning the political pages of a reputable broadsheet. Since the events of 2016, however, they appear to have passed into daily usage. 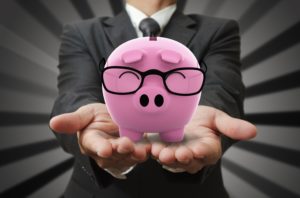 Over the last few months, to say that the entire thing has descended into a farce would be offensive to your average farce. We’ve had a remainer Prime Minister, who previously has bent over backwards to be seen as respecting the ‘leave’ vote suddenly hatch a ‘softest of soft’ approach. We’ve had the self-styled face of Brexit (that would be you, Boris) and the chap who is supposed to be negotiating on our behalf resign in protest, along with several other smaller fry. We’ve had the outrageous face of our closest ally on the world stage suggesting that we should sue the EU. We’ve had the EU, buoyed by the infighting and cross-party squabbling which is undermining the UK’s negotiating position, determined to make an example of us (an entirely predictable state of affairs from day one).

One demographic likely to be keeping a much closer eye on the whole shebang than most is the expat pensions community and particularly those with UK pensions which they plan to move abroad. Why, I hear you ask? Well, as of 9 March 2017, a nasty little rule was introduced subjecting any transfer of UK pension funds to a Qualifying Recognised Overseas Pension Scheme (QROPS) to a 25% tax charge. That means that on a million pound fund, £250,000 could be lost just like that. Unusually for government legislation, in this instance it’s the soothing that’s in the small print. Which states the following:

The overseas transfer charge will not apply if:

It’s point 2 which is the key here. If we are transferring from a UK pension scheme to an overseas defined contribution scheme then points 3 and 4 would be of no relevance, since the scheme is personal rather than occupational. The second point allows an individual with a UK pension scheme, say one who is resident in Spain, to transfer into a scheme in Germany with no tax charge. Why? Because both are members of the EU and part of the EEA. Conversely, an expat resident in Australia could not transfer to a scheme in New Zealand without forking out the fortune to Her Majesty’s finest.

When the UK finally proceeds with Brexit, in whatever form that may take, the UK itself will cease to be part of the EU and, if the true intention of the vote is carried through, cease to be subject to EU law. As a result, taking this at face value, there is a realistic possibility that domestic laws will be changed to reflect the severing of the relationship. Particularly given that QROPS were introduced in the first instance to comply with EU rules on freedom of movement for capital. Possibilities include the removal of the EU/EEA carve-out, or even the scrapping of QROPS altogether. Potentially, therefore, the individual in the example above would lose the right to make the transfer without surrendering a massive portion of the value of their fund to punitive tax charges.

Why, one might ask, would someone want to transfer a UK pension scheme to a different country to that which they are resident in? It’s a fair question at first glance, but the fact is that those who have been senior leaders in multinational corporations tend to have very complex tax affairs, which often involve serial changes of tax residency. The inability to transfer to a country other than the one they happen to be resident in at the time could prove significantly restrictive to both effective retirement and tax planning. In addition, high net worth individuals often value the right to transfer their financial assets to a jurisdiction whose pension and tax rules are favourable to them.

Not that there aren’t potential options in that regard. Without wishing to go into the technical details, a softer Brexit would be likely to see the UK effectively rejoin the EEA following its resignation from the EU. Ongoing recognition of the union for purposes such as pension switching would be likely to be a precondition of such an arrangement. Likewise, a hard Brexit could still see the government of the day decide to leave the rules as they are. It just wouldn’t be wise to bank on the fact. It has been predicted that QROPS will not form part of the Brexit agreement and their future will be likely to be decided in the 2021 Budget speech that tidies up loose financial ends after Britain finally leaves the EU. Any attempt to transfer after this date, well,… there used to be a saying about stable doors and horses.

Another area which is up in the air is the future of state pensions for expats. Currently, UK nationals with a UK state pension can benefit from annual increases provided they live in the EEA, Gibraltar, Switzerland or a jurisdiction which has a reciprocal social security agreement with the UK. Depending on the severity of Brexit, the EEA clause could disappear altogether or be retain in specie. A third option would be the negotiation of reciprocal agreements with either the EU itself or individual member states, the latter of which raises the question of which ones. The upshot is that EU residents with UK state pensions need to be careful to try to ensure they do not lose their valuable inflation proofing.

Last year, in the early stage of negotiations, it was indicated that the UK and the EU were on the same page regarding this issue. Basically, that both parties wished to see UK nationals resident in the EU and EU nationals resident in the UK retain inflation proofing in their state pension. However, with the recent string of resignations and the increasingly hard line adopted by an EU still hopeful of a UK climb-down, whether this remains on the cards remains to be seen. To say nothing of the looming possibility of a no deal Brexit, which would mean that all bets are off.

They used to say that there are three certainties in life: birth, death and taxes. Brexit in its current state has to be somewhere near the top of the list of uncertainties, particularly with most of those who would have been willing to take some responsibility for progressing it resigning in their droves. None of which makes life easy for those trying to plan their income from retirement to death, or manage their taxes. To say nothing of those saddled with the thankless task of trying to advise them on such.

Good luck with that one!!!